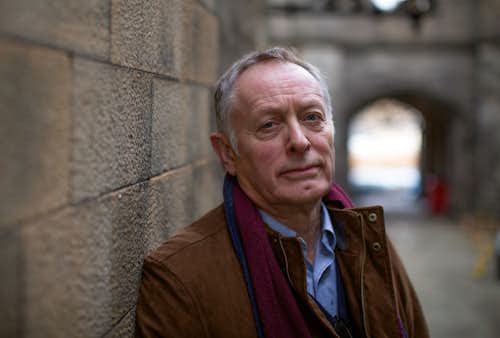 BAFTA-winning director Norman Stone helmed FPA’s first film, The Most Reluctant Convert: The Untold Story of C.S. Lewis. In a recent phone conversation from his home in Scotland, Norman answered questions about the two films now in development that will continue the story of Lewis’ life and spiritual journey.

In many ways, a story on film can be more helpful than his books in getting to know the man. And with Lewis, why quit when you have so much more in the larder?

FPA: Why do we need two more films?

Stone: Lewis did an awful lot of things in his life. He wasn’t a one-trick pony. Still, it’s not just his work we’re putting on film; it’s his whole life. When you get inside the man’s jacket and waistcoat, you learn so much more about him. In many ways, a story on film can be more helpful than his books in getting to know the man. And with Lewis, why quit when you have so much more in the larder?

FPA: What is the process to get us there?

Stone: First, it’s to understand his life – not just understand people who have written about him or what he has written. And goodness, he’s a good writer. So, we did our research. I found that we know so much more about him now than we did when I made Shadowlands in 1984.

Then, and crucially, you structure the story. You choose a pathway through the many, many activities of his life and then you find a dramatic way to tell that. You have to be responsible to the facts; however, you handle the facts with imagination in a way that viewers will remember forever.

Then the real work starts. The structure gets the reality of the story there. Right now, we’re writing and expanding the story and the characters. We’re working on the middle film now.

We’ve got World War I, World War II and Narnia even makes an appearance.
The next step is to get the right team, the heads of department, makeup, costumes and locations. And, of course, find the right cast, tie down the locations and then you shoot. It’s enjoyable and exhausting. Editing and post-production follow that.

We’re doing both films at once as it’s difficult to rebook the team and cast and rebuild sets. If everyone is ready for it, you can do two films at once.

FPA: Can you tell us anything about the story of the upcoming film?

Stone: Yes. Don’t think you know C.S. Lewis until you see the films.

FPA: What explains the enduring fascination with C.S. Lewis?

Stone: He’s our fellow Christian. He wanted truth. He has earned the right to be heard. He went through really tough stuff emotionally and physically.

FPA’s trilogy of Lewis films is only possible with the partnership of our dedicated Fellowship Circle of supporters. Thank you for enabling us to pursue our mission!