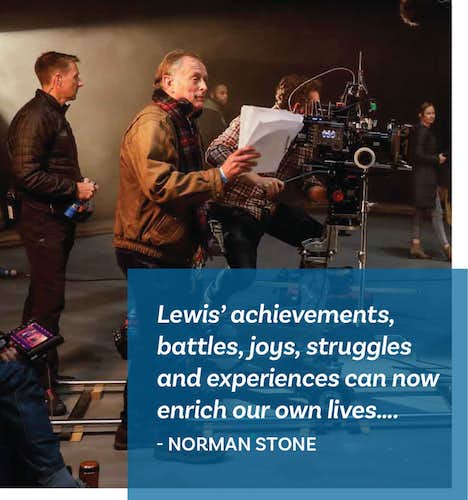 The Most Reluctant Convert: The Untold Story of C.S. Lewis surprised everyone when it opened as the No. 2 movie in America on Nov. 3, 2021. Since then, it has been seen by Video-on-Demand in 130 countries worldwide.

“As pleased as we are with the film’s worldwide reception, there is still so much story to tell about Lewis’ lifelong spiritual journey,” said FPA Founder and Artistic Director Max McLean, who starred as Lewis on screen. “The Most Reluctant Convert takes us up to a 32-year-old Lewis at the point of declaring his faith in Jesus.”

Now, FPA has committed to producing two more films to complete a trilogy on Lewis’ amazing life and impact. BAFTA and Emmy winner Norman Stone directed The Most Reluctant Convert and is on board for the two additional movies. Max and Norman already are at work on the story line and initial treatment for both films.

“While we are still in the early stages, we plan to produce both films simultaneously and then release them separately over the next few years,” Max said.

“When C.S. Lewis arrived at a personal, Christian faith in 1931, it was the end of a long journey,” Norman Stone said. “Fortunately for us, it was also the beginning of another. Lewis’ achievements, battles, joys, struggles and experiences can now enrich our own lives, just as they did his own. Fasten your filmic seatbelts – it’s going to be a wonderful ride.”

Even at the relatively young age of 32 where the first film ends, Lewis was already establishing himself as an academic in the field of medieval and Renaissance literature. With his conversion to Christianity, Lewis experienced a literary flow that did not cease till the day he died. His productivity was immense. It seemed that he no longer feared death and that his energies were spent imagining what the world might look like if seen from heaven. 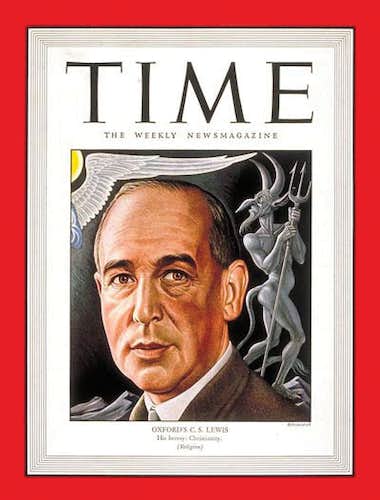 He became known all over the U.K. after his first apologetic book, The Problem of Pain, caught the attention of the BBC, which invited him to give radio talks on Christianity. They didn’t want a clergyman or “another religious jaw” but a fresh new voice. This was during the blitz, and after the talks aired, they brought a great surge of letters. Folks in pubs would cease socializing to listen to Lewis expound on some aspect of Christianity. His book, Mere Christianity, grew out of these wartime BBC radio addresses. Soon after the first series of talks, he published The Screwtape Letters that introduced him to America and helped to land him on the cover of Time magazine, today’s equivalent of leading the news on every news network. All the while, he continued his daily responsibilities as a tutor, lecturer and scholar of growing academic renown.

He faced many difficulties including university colleagues who shunned his religious work. He had troubles at home and was in declining health. He wrote freely about these things. “In my experience,” he wrote, “if one begins from the sin that has been one’s chief problem during the last week, one is very often surprised at the way this shaft goes home.’’ Those who have read Screwtape will recall how he pinpoints those small sins that, left unchecked, end up ruining a man.

“This is why his life and books resonate so deeply to this day,” Max said. “Unlike most deceased writers, Lewis sells more books each year than he did the year before. For me, he is a spiritual guide, a fellow traveler on faith’s journey. This is why I want to continue to explore that journey on screen and on stage.”

An important sidebar to this story is FPA’s commitment to become both a theatrical and film production company. The mission is the same, to create stories from a Christian worldview with the level of excellence needed to appeal to a wide audience.

Film is but an additional tool to enhance the mission God has set us apart to pursue. And this mission is made possible by the grace of God and the support of our Fellowship Circle of donors like you.