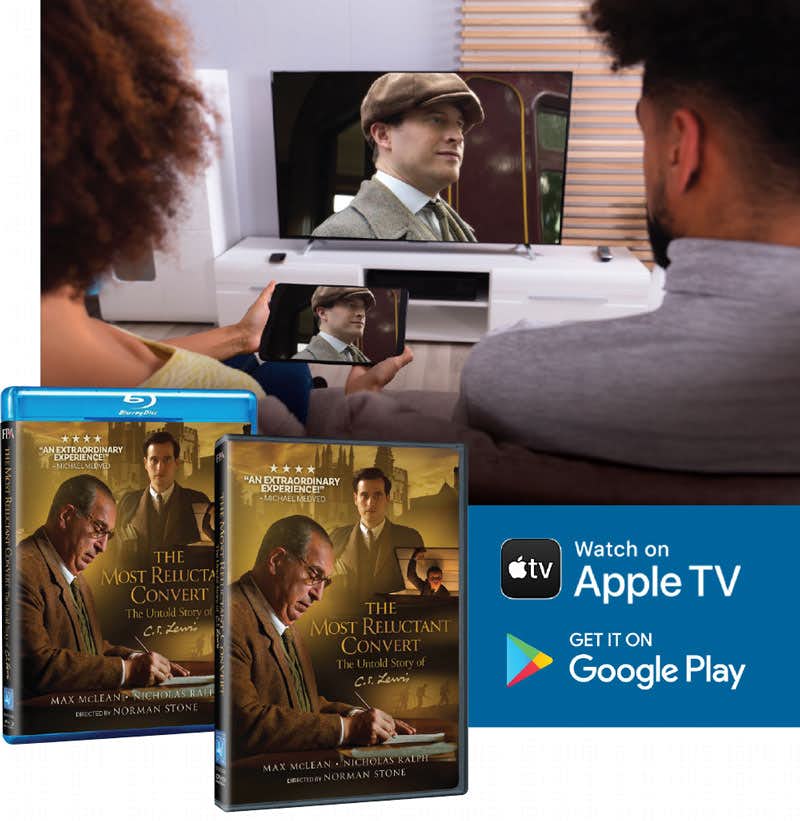 Once a film is “in the can” and post-production is complete, the work immediately turns to distribution – making it available before a wide audience. The Most Reluctant Convert: The Untold Story of C.S. Lewis opened on 450 screens on Nov. 3 and extended multiple times before finally closing on Dec. 2. Over 250,000 people were able to see the film during its theatrical release mostly in the U.S. and in a more limited release in the U.K. and Canada.

But when distribution shifted to Premium Video-on-Demand for home viewing, the film’s viewership expanded into 130 countries worldwide!

The third and current phase of distribution includes to DVD, Blu-ray and digital downloads from Apple TV, Google Play, Amazon Prime and YouTube for as low as $4.99 to rent. Each of these can be accessed through CSLewisMovie.com.

In its first week of availability, Convert made the front page of the Apple TV store. It also hit No. 18 on Amazon for DVD sales! The initial DVD inventory sold out almost immediately.

“We’re grateful the film’s fans are seeing the benefit to owning a digital copy for their home use,” Max said. “Or for enjoying the picture quality offered by DVD or Blu-ray and the bonus Making of feature. Of course, we’re grateful to our Fellowship Circle of supporters who make our work like this possible.”