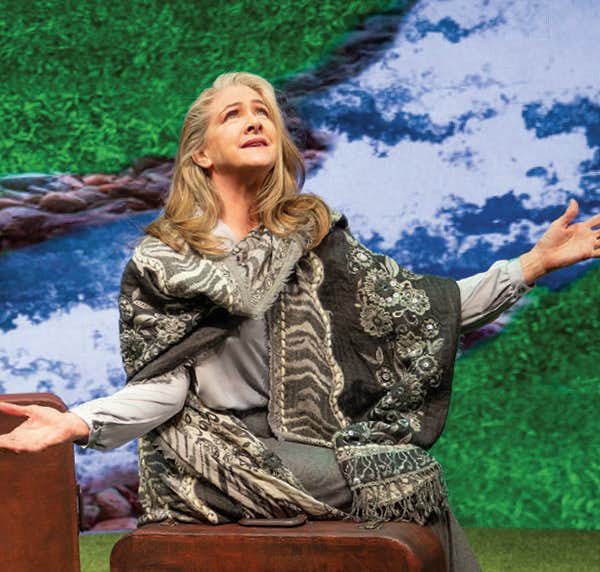 Fellowship for Performing Arts has returned to live theatre with an 11-city tour of the nationwide hit C.S. Lewis’ The Great Divorce that started Aug. 21 in Colorado Springs. Tickets are on sale now at GreatDivorceonStage.com

“We’re looking forward to producing theatre on stage again for the first time since venues across the country shut down in March 2020,” said FPA Founder and Artistic Director Max McLean.

Based on Lewis’ classic novel, brilliantly drawn characters take a fantastical bus trip from hell to the outskirts of paradise. Each receives an opportunity to stay . . . or return to hell, forever divorced from heaven. The choice proves more challenging than imagined.

“The play gushes with Lewis’ keen wit and profound insight into the human condition,” Max said. “And this particular production employs dazzling stagecraft and a cast of Broadway veterans who mesmerize their audiences.”

Christa Scott-Reed directs Max’s stage adaptation of the novel. Christa was in the original cast of the New York premiere and its first nationwide tour. The New York Times called the play “infinitely thought-provoking!” and it was hailed for its “striking vignettes . . . packaged into a tidy, brightly designed 90-minute show” by the Washington Post in a “recommended” review. Broadway World called it “a rare and welcomed treat!” “Raises questions of eternal significance with disarming ease,” said World Magazine. 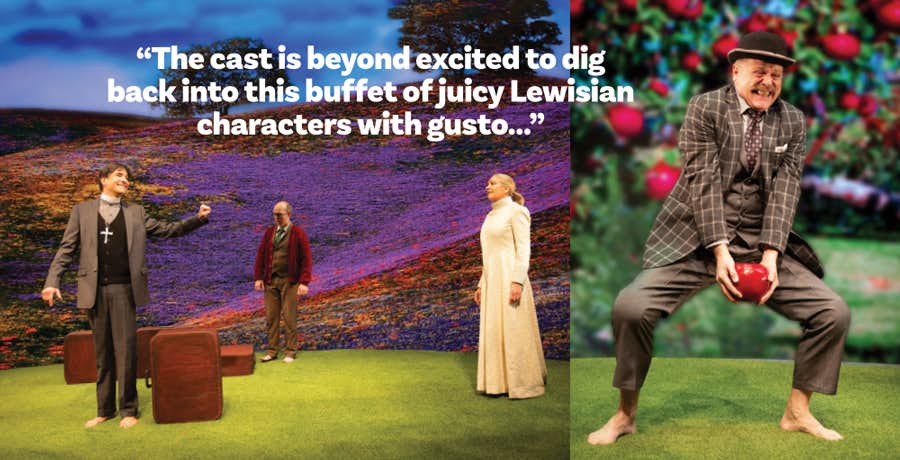 “We are all so thrilled to be coming back into the theatre. The cast is beyond excited to dig back into this buffet of juicy Lewisian characters with gusto,” Christa said.

“After a long, quiet year of watching screens from sofas, folks should come out to be entertained by a plethora of fun and eclectic characters, innovative staging, bold projections, humor and pathos. Most importantly, they should prepare to be challenged by the deeply impactful Christian ideas and themes that are essential to Lewis’ profound work.”

The Great Divorce premiered in 2013 as part of FPA’s mission of creating theatre and film from a Christian worldview to engage diverse audiences. It’s the visionary generosity of our Fellowship Circle of patrons and donors that makes works like The Great Divorce possible. 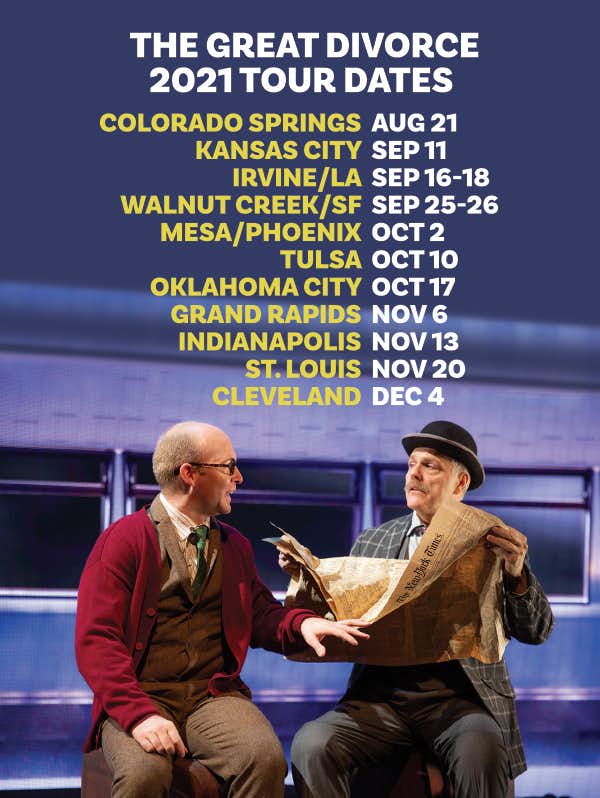