In this issue of Fellowship Circle, From the Desk of Max McLean is drawn from a Q&A that appeared in The Daily Northwestern, the student newspaper of Northwestern University. Writer Rebecca Aizin posed excellent questions allowing Max to engage a diverse audience of students. 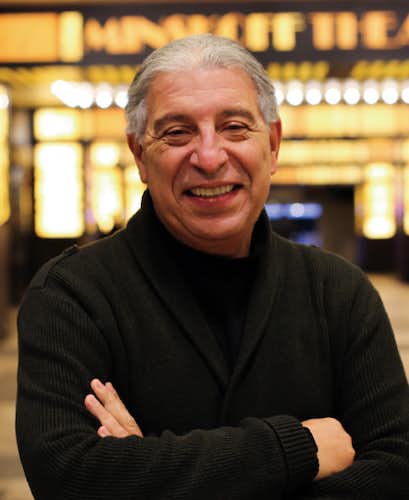 For one night only on March 4th, Max McLean’s C.S Lewis On Stage: The Most Reluctant Convert came to Northwestern’s Cahn Auditorium. McLean, who wrote and stars in the one-man show, is the founder and artistic director of the Fellowship for Performing Arts, a theatre group that tells stories from a Christian worldview, with a particular interest in C.S. Lewis, the famous author of the Chronicles of Narnia book series. The show features McLean as Lewis, performing a monologue adapted from his writings. The show has received rave reviews in past productions and was nearly entirely sold out by Northwestern students for its one-time premiere. The Daily chatted with McLean about his work on the production.

The Daily: How did you come up with the idea for this show?
​Max McLean: I’ve adapted two C.S. Lewis novels, The Screwtape Letters and The Great Divorce, to the stage, and they’ve played New York, Chicago and around the country. Each reveals aspects ​of Lewis’ adult conversion to Christianity. Given that it was a pivotal moment of his life and the subject of so much of his writings, I wanted to explore his actual conversion journey in theatrical form. Plus, conversion stories are inherently theatrical.

The Daily: What makes this show special?
McLean: ​We have heard many “come to Jesus” conversion stories. Many are compelling but mostly come from an emotional place. Lewis’ conversion was different. It took a long time. The story covers the death of his mother when he was nine years old to taking Christmas communion at age 32. Second, it was driven by both his intellect and his need to overcome his unbelief. He was a first-class intellect who read everything from the Greeks to the moderns and had a steel-trap mind so that he could recall nearly everything he read and translate it into astonishingly lucid prose and speech.

The Daily: Why should Northwestern students care about C.S. Lewis and be interested in seeing the show?
McLean: Nearly everyone I know who embraced Christianity as an adult has been influenced by what seemed to them to be the probability of God’s existence accompanied by something like a religious experience. The intellectual assent converts religious experience from something strange to something desired. Intellectual arguments do not, in themselves, lead to conversion. They remove an inhibition that was preventing a move from skepticism to belief. This often happens, one way or the other, during university years.

The Daily: What’s the greatest challenge you’ve faced, both in your career as well as during the production of this show?
McLean: Overcoming preconceived notions about what a religious theatrical production might be. Lewis himself wrote that he felt that challenge in his own experience and tried to write in a way that might overcome built-in prejudice and stigmas. 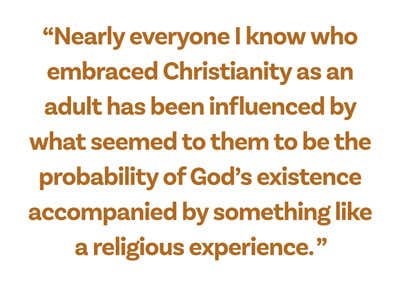 The Daily: Is the show targeted at a religious audience? If yes, how so?​​
McLean: ​Yes and no. People with faith often like to have reminders of a thoughtful conversion experience. They want to know if another’s experience is similar to their own. Non-religious people sometimes want to test their own unbelief to see whether it stands up, emotionally as well as intellectually.

The Daily: What is the process like being both the actor and the director?
McLean: ​Well, in this case, I had a co-director, Ken Denison, who helped immensely in shaping the final look and feel of the show. As both an actor and as a director, the objective is to engage and entertain the audience. As Harold Clurman, the dean of the American theatre, once said, “Make them laugh. And while their mouths are open pour truth in.”

View the article online at https://bit.ly/3134QTy.

On Location in England with The Most Reluctant Convert Film!

Go Behind the Scenes on FPA's First Film Read More