On Location in England with The Most Reluctant Convert Film! 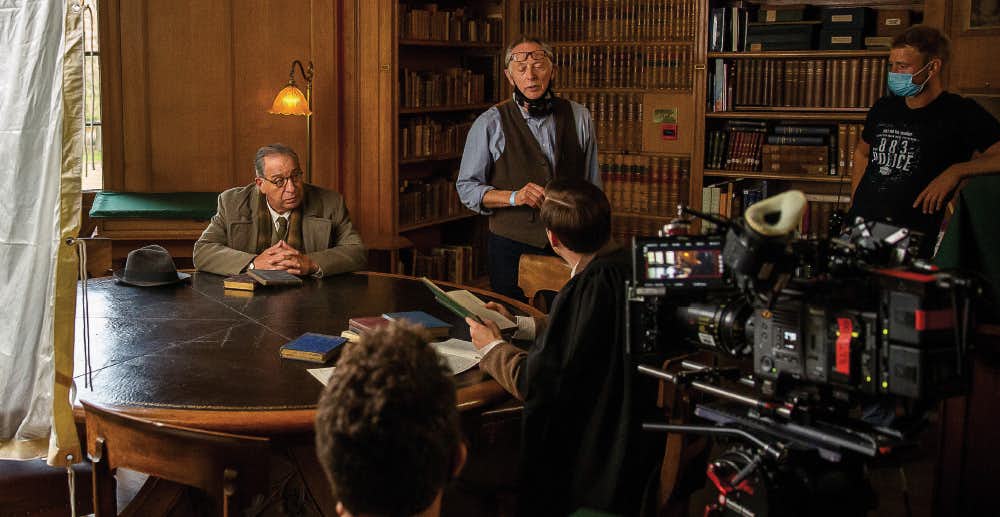 Max McLean as C.S. Lewis (seated, left) confronts a memory of his younger self (Nicholas Ralph) as Norman Stone directs and Director of Photography Sam Heasman prepares to film in Magdalen College Library, built circa 1470.

It was an unusually sunny, cloudless fall day in Oxford, England — what pilots refer to as “severe clear” — as a small army of filmmakers descended upon the storied Oxford University campus of Magdalen College founded in 1458.

Along with them . . . a balding, heavy-set man with think eyebrows and a deep booming voice… articulating the exquisite words of C.S. Lewis!

Actually, it was FPA’s Founder and Artistic Director Max McLean taking his hit stage persona of Lewis before the cameras, marking a milestone in our history. For the first time, FPA is producing a film based on one of our most successful theatrical creations

“The film version of The Most Reluctant Convert is a re-imagining and a vivid expansion of our stage play,” Max said. “It includes multiple actors in multiple locations to visualize the key events behind Lewis’ turn from atheist to fully believing Christian. Our hope is by making this film we can expand our reach from the tens of thousands that we reach through our stage productions to the potential of reaching hundreds of thousands — maybe even millions — worldwide through this film.

“We are unwavering in our commitment to create theatre,” Max said. “But theatres have been closed since March and are unlikely to open this year. The opportunity to produce this film now, something that had been projected for 2022 or 2023, was a gift we felt inspired to act on.”

The three-week film shoot began on Sept. 21 and wrapped on Oct. 9 under the direction of Norman Stone, a two-time BAFTA winner, the U.K. equivalent of the Academy Award.

“Norman is a ball of energy who keeps everyone engaged all the time and is a pleasure to work with,” Max said. “He sees everything in pictures and is a good partner for me as I paint in words. I did a lot of quick-pace walking and talking through fabulous settings and backdrops such as the Oxford Museum of Natural History and Magdalen College in just the first two days.

“The production is very well organized and tightly scripted with a first-rate crew and equipment who in the past year have worked on the newest James Bond film No Time to Die and Murder on the Orient Express, among many others. Every day feels like a NASA space launch.” 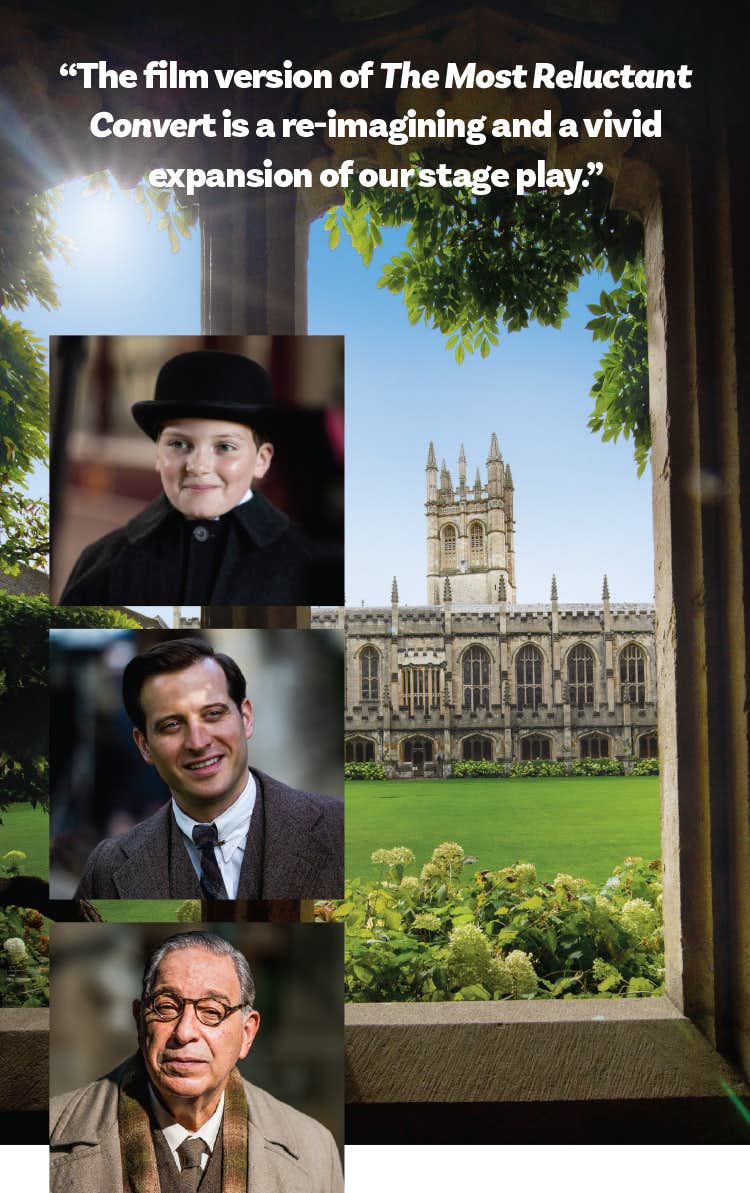 And Norman attracted an outstanding cast. In the film, three actors portray Lewis in three stages of life – as a boy, as young man and as an older Lewis looking back on his own story. FPA was blessed to land Nicholas Ralph as the young Lewis. He is fast gaining popularity in Britain starring as James Herriot, the lead in the ratings-busting remake of All Creatures Great and Small. It is the highest-rated program on its network since 2016 and will premiere in the U.S. in January on PBS’ Masterpiece Theatre. Keep an eye out!

Director Norman Stone led the crew as filming was done during a spike in COVID cases in England. The cast and crew took almost 200 COVID tests during filming with no positive cases.

Each day was long and packed. On the second day of filming, Max was in wardrobe and makeup at 7 a.m., to be on the set at Magdalen College by 8:30 a.m. with the end of day at 6:40 p.m. That included almost a dozen shot setups with five to six takes each. One scene took 10 takes to get the desired effect. On the third day he started a bit later and ended at 11 P. M. The results will be worth it.

And how different is performing on stage versus in front of the camera?

“In theatre, you rehearse for a month to perform the whole story in order in one take to one audience in one evening,” Max said. “In film, you divide the story into a hundred little pieces and rehearse each bit out of order several times on the day of the shoot before you perform it several times while waiting for lights, camera and sound to be just right. Then repeat that process for each scene for 10 hours each day for three weeks. Then it is delivered to audiences all over the world for decades to come. Not a bad trade-off.”

The end result will be FPA bringing C.S. Lewis’ conversion story to life in an entirely new way, helping us reach legions of potential new audiences.

“None of this happens without the support of our Fellowship Circle,” Max said. “I was aware of it every time the camera turned my way. Thank you for making this possible.”