It has been almost a year since the COVID-19 outbreak shuttered theatres and stopped live stage performances. In this Special Report, we’ll look back over the past 12 months at how God opened doors for Fellowship for Performing Arts to continue pursuing its mission of presenting theatre and film from a Christian worldview for diverse audiences. And we’ll look ahead to the opportunities before us as theatres begin to reopen.

“I was hosting the post-show talkback, and saw a few audience members wearing surgical masks,” recalled Max McLean, FPA founder and artistic director. “Masks are commonplace now, but then, I was taken aback.”

There were only 3,500 cases in the entire country at that time, and the virus had just been declared a pandemic. Soon, the nation would be in a state of emergency with mandatory stay-at-home orders in place, the economy on lockdown including all live theatres and cases soaring along with so many tragic deaths.

In the face of it, we felt our mission of sharing the Christian worldview through art was more important than ever. But how? We sought advice from creative professionals.

“Their advice was simple,” Max said. “If you can’t perform, what else can you do to stay connected with your audiences? There was now found time to work on new material for productions. Would any of our stage plays translate to a digital online production? What about that film idea that was being explored? Regardless, we had to do something or else there were just pages and pages of an empty calendar ahead.”

We were brand new to online producing and cut our teeth with an invitation-only event featuring Max and cultural commentator Os Guinness. A virtual dramatic presentation of Martin Luther on Trial followed in August and was available for four days after its premiere.

“We were encouraged and also amazed when over 20,000 people viewed it,” Max said. “In our busiest year of live theatre, we drew 75,000 patrons. Not only did we reach our existing audience but found that online productions reached whole new audiences that don’t normally attend live theatrical events.”

With a more accurate method of counting online viewers, our production of C.S. Lewis’ The Great Divorce with higher production value drew nearly 62,000 viewers, and a four-part online Christmas celebration was seen over 11,000 times. An encore presentation of Luther took place for four days in January that drew over 13,000 people. Next up was an online production of Shadowlands, Feb. 21-24. We had produced the first New York revival of this moving story of C.S. Lewis’ late-in-life marriage to brash American Joy Davidman and her subsequent death from cancer, but it had not toured. The virtual production was the first chance for many to see it, and we had almost all of the New York cast. 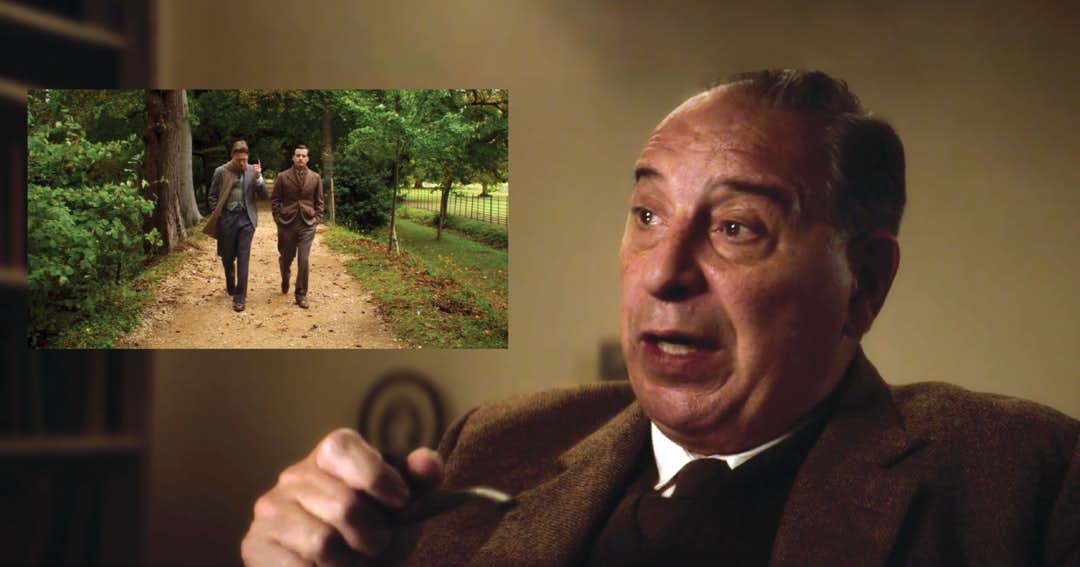 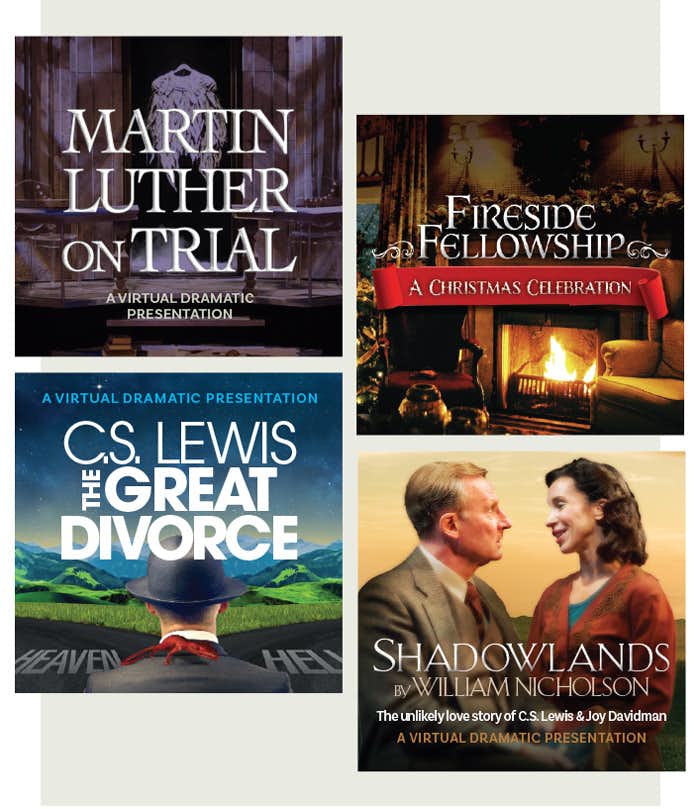 And we had an Easter presentation centered around Mark’s Gospel with Broadway artists singing songs about the final days, crucifixion and resurrection of Jesus.

As we worked on our online events, in September another door opened. In a lull in COVID’s growth, the film industry in the U.K. reopened for a short time. It allowed us to film The Most Reluctant Convert on location in Oxford, with a full cast. It was FPA’s first film project.

Max had been talking about it for several years with BAFTA-winning director Norman Stone. He directed the original BBC television version of Shadowlands, is a Christian and loves Lewis. However, it likely would have been years before the film was made without the forced break from live theatre.

“We are a live theatre organization and look eagerly to being on stage again,” Max said. “But despite the devastation caused by the coronavirus pandemic, God opened doors time and again for us to engage thousands of people with art from a Christian worldview.”

It remains to be seen when theatre doors will open once again, but when they do, Fellowship for Performing Arts will be ready.

“With the forced hiatus from live theatre over the past year, I found my creative juices flowing,” said FPA Founder and Artistic Director Max McLean. “I had been working for some time on a sequel to C.S. Lewis on Stage: The Most Reluctant Convert, and with time to work it, I feel I had a breakthrough to telling the right story.”

C.S. Lewis on Stage: Further Up. Further In. picks up where The Most Reluctant Convert leaves off. Lewis, now a Christian, must discover what that means in real life and how it can be communicated to an increasingly skeptical world.

In addition, we have used the “found time” of the past 12 months to reimagine Mark’s Gospel, among FPA’s earliest works, and one for which Max won a Jeff Award, Chicago theatre’s highest accolade.

Our plan is that both works will be in production and on tour in 2022.

“Additionally, the film version of The Most Reluctant Convert was finished in February, and we are exploring options for distribution now,” Max said.

The film represents a new opportunity for FPA. It features a 15-member cast and was shot on 20 locations in and around Oxford. We will do more in this arena going forward to reach new audiences.

Despite the pandemic, God opened doors to tell stories from a Christian worldview meant to engage a diverse audience. We went online. We made a film. We prepared new works to put on stage.

“Our prayers go out to all those impacted by the terrible events COVID-19 brought about,” Max said. “But in the midst of it, God was at work. Looking ahead, we hope to honor that with the work we have been able to do and create winsome, engaging art and theatre that communicates a message of grace and hope.”

A special thanks to our Fellowship Circle of supporters, whose visionary generosity allowed FPA to seize opportunities in these challenging times.

A Star Is Born

A Look Toward the Future