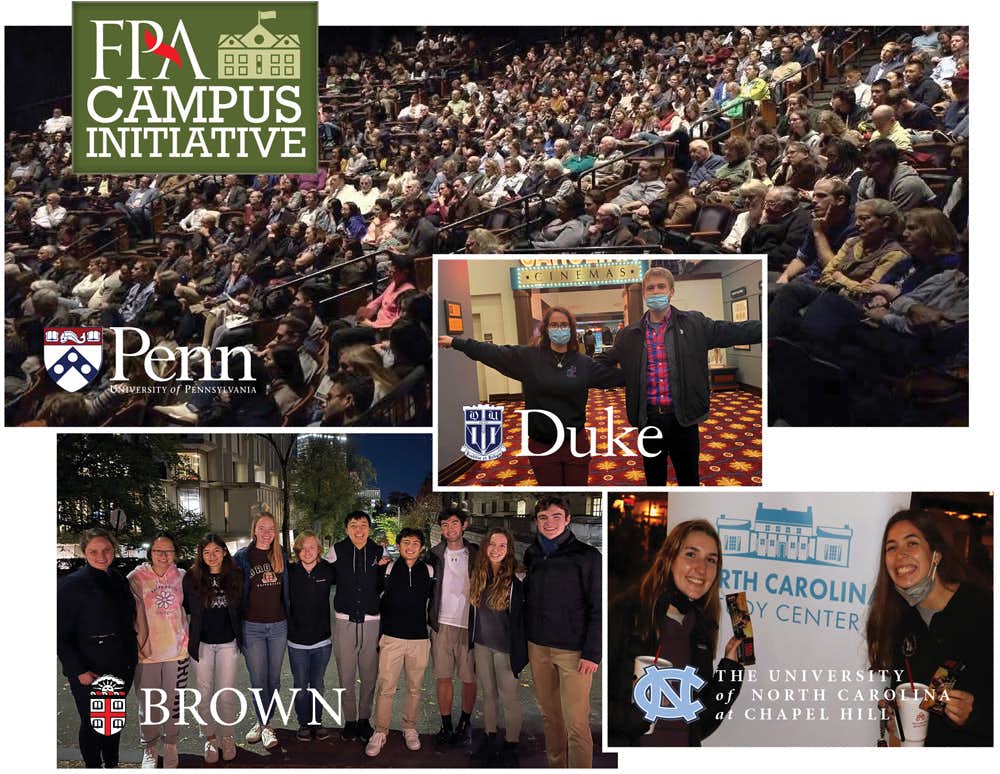 FPA’s Campus Initiative has brought the stage play of The Most Reluctant Convert to colleges and universities across the country — and now our new film, too!

After the long hiatus from in-person teaching at colleges across the country, classes are back in session and so is Fellowship for Performing Arts’ Campus Initiative.

“When theatres closed in March 2020, we had just completed a wonderful event at Cahn Auditorium at Northwestern University in Evanston, Illinois. We were on our way to Ann Arbor for an expected full house at the University of Michigan followed by Rutgers in New Jersey,” said FPA Founder and Artistic Director Max McLean. “Now, almost two years later, we will complete our commitment to Michigan in February after a January stop at the University of Florida in Gainesville. I’m so looking forward to both.”

The Campus Initiative brings the stage adaptation of C.S. Lewis’ journey from hard-boiled atheist to Christian faith. What makes this poignant for students is that many of Lewis’ questions in the play mirror the questions college students are asking today.

“Lewis didn’t believe that rational argument created belief. But he did think that the lack of argument destroys convictions. What is not defended is soon abandoned,” Max said. “That is what is happening on American campuses. It’s not that they think Christianity is nefarious. Rather, they think it is irrelevant and therefore the case is not made. FPA began the college ministry to respond to that challenge from the vantage point of expressing Lewis’ emotional and intellectual conversion journey through the imaginative lens of theatre.”

As an added bonus this year – three universities hosted premiere-night screenings of FPA’s film version of The Most Reluctant Convert. In all, nearly 600 students attended the film at Brown, Duke and the University of North Carolina-Chapel Hill – all colleges who had hosted our play.

“Our partners were awesome and are feeling so positive about this experience as a first big event post-COVID,” said Courtney Menking, University and Outreach Coordinator. “And the relationships we had established in bringing the stage play to campuses, helped us immensely.”

Students spoke of how wonderful the movie was and how encouraging it was to see so many of their peers attend. One student described the film as, “amazing! God was very present!”

“The mood on campus has changed since the pandemic and the racial protests that began last summer,” Max said. “Christianity is seen in some circles as a cloak for white privilege. This has made it more challenging to get a fair hearing on campus. Yet, we are working closely with our campus partners to present an imaginative, engaging experience that overcomes this false perspective.”

The Campus Initiative only happens because of the generosity of FPA’s Fellowship Circle of supporters.

Further Up. Further In. Launching a Sequel to C.S. Lewis on Stage Read More

From the Desk of Max Mclean Read More